Overnight
A 20 percent chance of snow. Mostly cloudy, with a low around 23. Windy, with a northwest wind 20 to 30 mph, with gusts as high as 40 mph.
Thursday
A 20 percent chance of snow before 8am. Partly sunny, with a high near 31. Windy, with a north northwest wind 30 to 35 mph decreasing to 25 to 30 mph in the afternoon. Winds could gust as high as 50 mph.
Thursday Night
Mostly clear, with a low around 11. North northwest wind 5 to 15 mph becoming west southwest after midnight.
Weather forecast provided by weather.gov.
Sign In LinkSearch 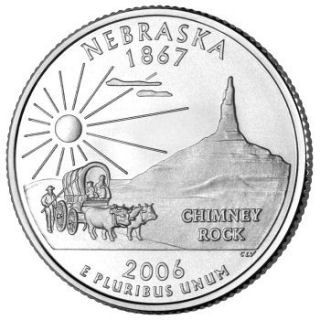 Chimney Rock is a prominent geological rock formation in Morrill County in western Nebraska. Rising nearly 300 feet above the surrounding North Platte River valley, the peak of Chimney Rock is 4,226 feet above sea level. During the middle 19th century it served as a landmark along the Oregon Trail, the California Trail, and the Mormon Trail, which ran along the north side of the rock. It is visible for many miles from the east along U.S. Route 26.

Chimney Rock was designated a National Historic Site on August 9, 1956 and is a National Park Service affiliated area. It is maintained and operated by the Nebraska State Historical Society. Chimney Rock and Independence Rock further west are probably the most famous features along the Oregon Trail

The Ethel and Christopher J. Abbot Visitor Center features museum exhibits and a video about pioneers and the migrations in the West, as well as a gift shop.

Note: Pages will open in a new browser window. External pages are not endorsed by City of Bayard.