Tonight
A 20 percent chance of snow. Mostly cloudy, with a low around 23. Windy, with a northwest wind 20 to 25 mph increasing to 25 to 30 mph after midnight. Winds could gust as high as 40 mph.
Thursday
Partly sunny, with a high near 31. Windy, with a north northwest wind 30 to 35 mph decreasing to 20 to 25 mph in the afternoon. Winds could gust as high as 50 mph.
Thursday Night
Mostly clear, with a low around 11. Northwest wind 5 to 15 mph becoming west southwest after midnight.
Weather forecast provided by weather.gov.
Sign In LinkSearch 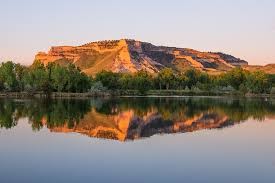 The National Park Service administers Scotts Bluff National Monument to protect 3,000 acres of unusual land formations that rise over the otherwise flat Nebraska prairieland. The Scotts Bluff Monument along with Chimney Rock were prominent landmarks of the great migration toward the west. Named after Hiram Scott who died in the vicinity of the bluff in 1828; the Bluff became a National Monument in 1919.

Thirty minutes from Bayard the Scotts Bluff National Monument is located three miles west of Gering Nebraska, on highway 92; it features hiking trails, driving to the summit, visitor's center, and much wildlife. Summit Road is open from 8:00am to 6:30pm during the summer; and from 8:00am to 4:30pm in the off season; and trails are open from sunrise to sunset. 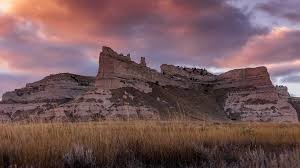 Note: Pages will open in a new browser window. External pages are not endorsed by City of Bayard.